The Cafe Flusso consists of 20ml of Amaro Nonino, 40ml of cold-brew infused cynar, 60ml of Mionetto Prosecco and a dash of cacao bitters. I used Amaro Nonino for the notes of bitter orange, cinnamon, and salted caramel. I found the cinnamon mixed well with the subtle nuances of honey and vanilla in the Prosecco. The salted caramel compliment the notes of apple and the bitter orange balanced out the overall sweetness and added to the bright and rich fruitiness of Mionetto. Obviously the coffe culture in Italy is massive so I wanted to add a coffe flavor, but most of all I felt it was different, unique and unexpected. The Prosecco paired fantastic with the Amaros really bringing it to life, creating a light, simple, yet intriguing spritz that also serves as a digestive.

What inspired the drink?

The name Cafe Flusso was inspired by the book Flow written by psychologist Mihaly Csikszentmihalyi who was born in Rijeka, Croatia in 1934, which then was actually apart of the Kingdom of Italy. Flusso is the Italian translation for flow. In his book, Mihaly studies the state of Flow - the mental state in which a person performing an activity is fully immersed in feelings of energized focus, full involvement, and intense enjoyment. Completely in the present. Through his research he found that Flow was most commonly described as one of the most joyful experiences in life. Mionetto is passionate about using their Prosecco to bring people together and promote the Joy of life, hence, Café Flusso. Mihaly concludes the Flow state can be applied to life as a whole if studied and practiced enough. In bartending there are so many aspects in which you can apply Flow making it a great outlet for practice and a solid way to enjoy work.

What bar do you work at? 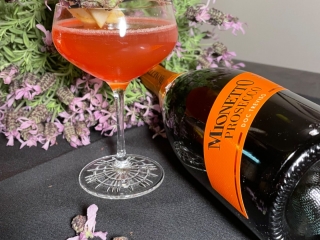 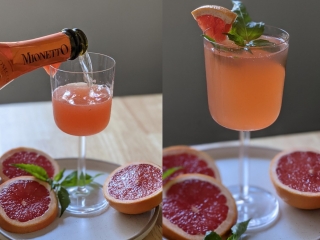 Your cocktail submission has been received. However, we still need you to upload your video.

Follow the link below to our Dropbox to upload your video and complete the submission. If possible, aim for the video to have a 1 – 2 minute runtime. (Also, please try to include your name in the file name. )